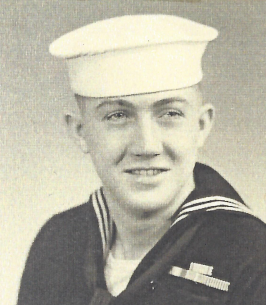 He was a native of Yancey County and had lived in Black Mountain and Swannanoa since 1941. He was the son of the late I.B. and Alma Bailey.

Dwight worked in the Aerospace Industry with Kearfott in Black Mountain and Stencel Aero Engineering in Arden, NC, and Mesa, AZ for 25 plus years. He finished his full-time employment working 20 years in the funeral business with his good friends, Bob and Jenny Miller at Miller Funeral Home in Black Mountain.

Dwight was a Korean War veteran serving four years in the US Navy. His Korean service was aboard the USS Gen. Wm. P. Mitchell, an armed troop transport taking combat troops into Inchon Harbor and picking up rotating troops in Busan for a joyous trip to the states. He was a member of First Baptist Church, Swannanoa.

Dwight is the husband of Jackie Bailey who passed away December 31, 2016, after 60 years of marriage.

All rights reserved. This obituary is also archived at obittree.com